Despite not being part of this year’s county road race series, CLC’s annual Staverton 10-mile event saw over two hundred advance entries and a great turn-out on what was a bitterly cold and blustery January morning.

Using the Aviator Inn at Staverton Airport as its base, the race is a two-lap event out and back around Churchdown from the airport. CLC’s star runner Will Ferguson was not able to run due to illness, and the race was won on the day by Gloucester AC’s Steve Kenyon in a time of 56:14. He was followed home by Ryan Bennett of the Badgers running club in 56:54 and Robert Farley of Bitton Road Runners in 56:56. 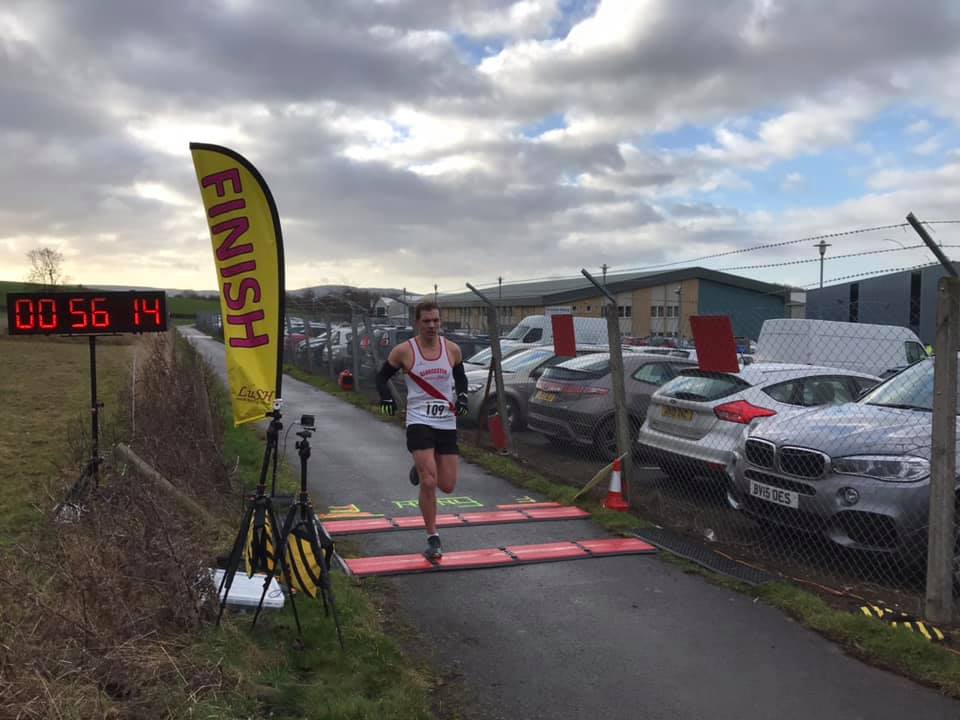 The first lady home on the day was Helena Youde of Almost Athletes in 1:05:15 and 25th place overall. The next lady home was Samantha Harris of Forest of Dean AC in 1:06:20 and then Kate Krzywiec of North Cotswold Tri & Run in 1:07:41.

The feedback after the race – both at the event and on social media – has been overwhelmingly positive, with runners describing the event as a combination of well organised and friendly. One runner even commented that he’d never experienced mile markers so accurately measured and positioned!

Graham Fletcher, the race adjudicator, commented that: “The Race Director (Eoin McQuone) was managing his first ever race and he did a really good job. At one point, the CLC Striders Club were not planning to stage the race at all because of a lack of organisers. But they decided to go ahead and pulled this together in a short space of time and should be congratulated for their efforts. Good race.”

CLC’s thanks go to the many supporters of the event:

And also to the many, many club members who marshalled and helped out both before and on the day itself.

CLC will be making a donation to the CLIC Cancer charity from race proceeds, as per the wishes of the local farmer Ben Pullen, across whose land the course makes its way back to the airport on each loop.

Buoyed by the success of the event and the positive feedback received, the club is exploring introducing a new local summer road race. Watch this space!