On a misty December morning, six intrepid members of CLC Striders travelled to Stratford Park in Stroud for the Gloucestershire Short-Course Cross Country race. In a format which has become popular in other countries including Scotland, the race consisted of a shorter-than-normal but challenging, 4 kilometre course run by men and women together. Snaking its way through the park’s fields and woodland, the course packed in multiple hills and the Striders ran strongly to win an impressive four county medals between them.

Leading the club home in 22nd place overall (5th lady) was Helen Knight who won a gold medal in her LV40 category, followed by Rachael Cary (10th lady) who won silver LV35. Not far behind was Gavin Jerman (21st man), and hot on his heels was Fiona Brady-Miller (13th lady) taking the bronze LV45 medal, followed by Amelia Mullins (14th lady). The Striders contingent was completed by relative newcomer to the club Colin Upton (27th man), who was awarded the silver MV50 medal. The race positions include the under 17 age group who ran in the same race due to numbers. 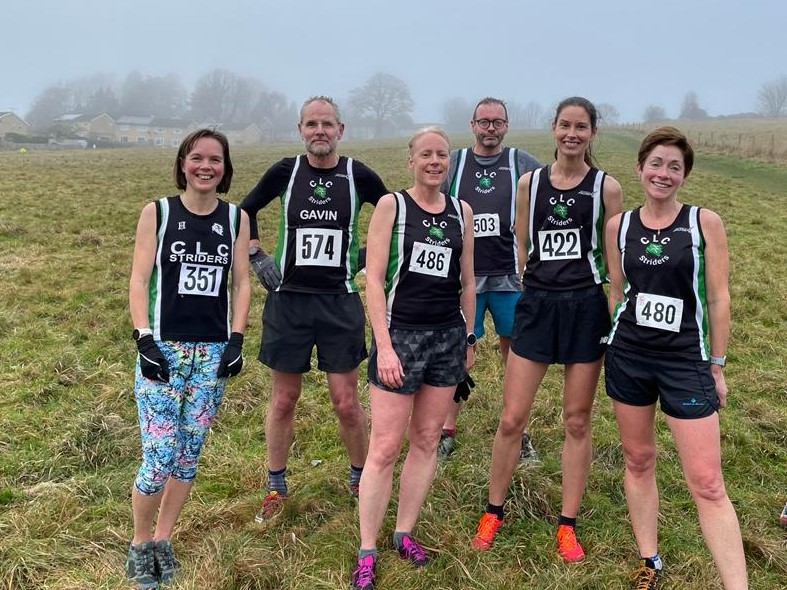