On a very cold January morning, with the hills around Cheltenham covered with snow and sleet driving in to low levels on a bitter wind, a good crop of Striders lined up to join the fray – along with 230 other runners – for the annual Almost Athletes’ Linda Franks Five-mile race, run around two laps of a course on the edge of Hatherley and the Reddings in west Cheltenham.

The first three club runners home have all been training together for the London marathon and those miles paid dividends. Jon Howes turned in a stellar performance, finishing in 16th place as the 3rd MV40 in 29:36. He was followed home by Mark Fuller in 19th place in 29:50, and Paul Northup in 29th in 29:53 as the 3rd MV50 finisher (breaking his own club record for the distance). All three bagged PBs, finishing in under 30 minutes. 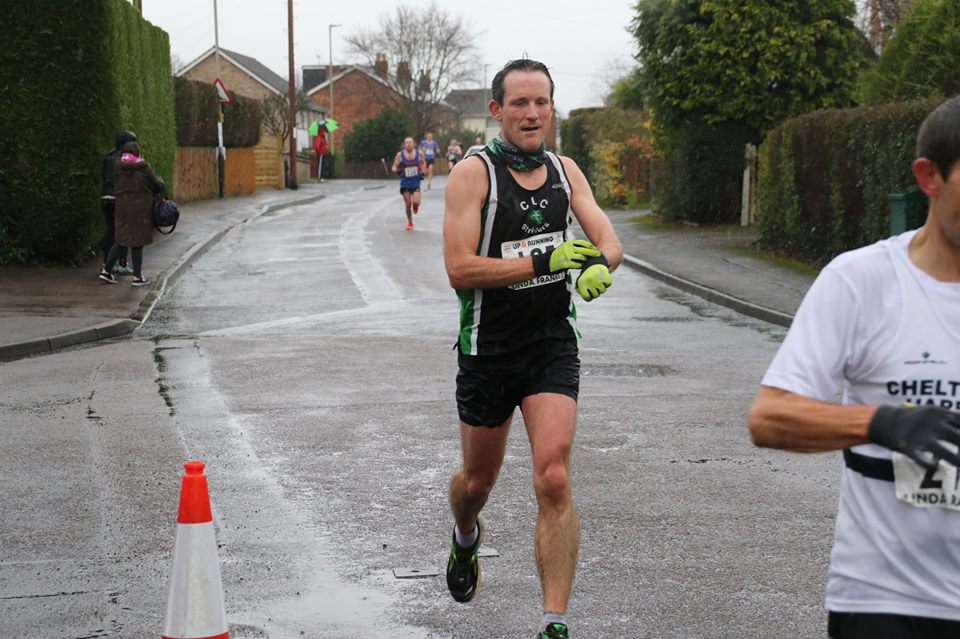 Next home, in identical times of 31:16 and 35th and 36th positions, were Andy Brookes and Chris Hale. Chris paced his fellow club member Andy to what was a much-faster-than-expected PB for him – and 6th MV50 finisher to boot.

Helen Knight, finished 3rd in her LV35 category, clocking a time of 32:45 in 54th place overall, with Patricia Sturgess as 5th in the LV35 category with a time of 33:21 in 63rd overall. Still getting back to from after injury, Joel Freeland tested himself with a respectable 68th place and a time of 33:56.

This coming weekend sees CLC Striders hosting their own race, The Staverton 10, run out of Gloucestershire Airport and around the streets of Churchdown.