The flat and fast two lap course around the quiet roads of Berkeley was no match for the fastest strider on the night, Jon Howes, who continued his excellent current form to cross the finish line in 37:23, Howes’ effort was rewarded with a prize for first place in the MV40 category. JJ Willson was next to finish in a personal best time of 39:42, Willson was elated to finally break the infamous 40 minute barrier over this tricky distance, his efforts earned him a new Veteran 55 category club record. Close behind Willson at the finish was Paul Northup who also recorded a personal best despite his legs still feeling the strain from the London Marathon two weeks previously.

A relative newcomer to the gruelling 10k distance, Karlien Heyrman was the next strider home in a personal best time of 40:59. Soon after, Neil Broadbent finished in 42:10, Broadbent would have almost definitely dipped under the 40 minute mark but unfortunately needed to stop at around the 6 kilometre point to answer the call of nature in a local pub. Joel Freeland was the next Strider home, having started too fast Freeland struggled to maintain the pace and was disappointed to finish in 43.10.

Andy Gage was next to finish for the Cheltenham based Striders, Gage was assisted by Martin Bick who used his recently obtained coaching skills to motivate Gage to a personal best time of 47:36. David Street completed the Striders contingent by crossing the line in a PB of 47:43 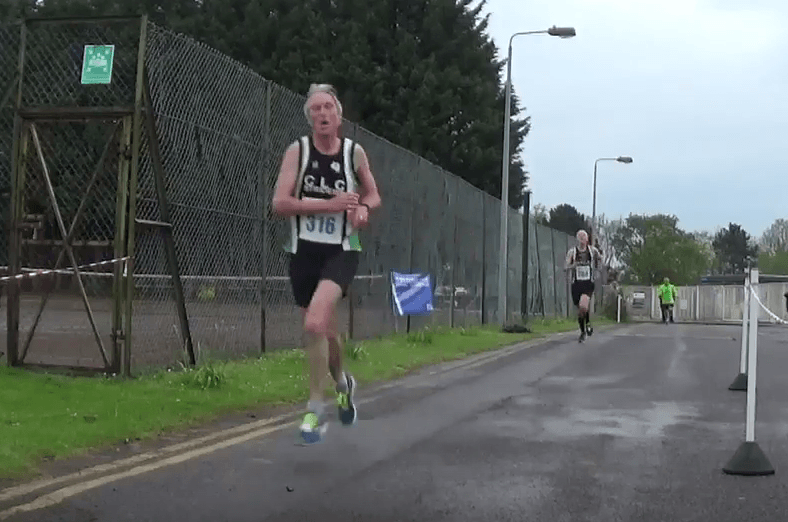 The full results can be found here