On a mild, mid-November Saturday, two teams of CLC Striders women and men travelled north to compete in the first race day of their respective Midland and Birmingham cross country leagues for the 2021/22 season. The long journey north took them all the way to the open farmland of Betley Court Farm, near Crewe in Cheshire.

Hosted by City of Stoke AC, the course was surprisingly dry, relatively flat (with just a few undulations) and so fairly fast underfoot – which made for some seriously fast racing on the day. After the long drought of racing brought about by COVID cancellations over the past two seasons, it was quite an emotional and exhilarating sight to see nearly 1,600 runners from all over the region gathered to compete again.

First to run were the women in their Midland League Division 1 race. With a crop of seasoned athletes unavailable or out injured, it was an intrepid gang of four who lined up. The team were led home by always dependable V40 performer, Helen Knight for a strong 60th place in a time of 26:38. Helen was followed home by the ever-loyal ladies club captain Rachel Vines in a time of 28:59 for 111th position. In third and fourth scoring team positions were Emma Abbey and Laura Fletcher, in 194th and 198th positions and 32:39 and 32:53 respectively. Special mention for Emma, who was competing for the first time at this level, turning in a sterling performance for her team. Overall on Race Day 1, CLC ladies were the 15th of 17th teams in what was a large and competitive field.

In the men’s Birmingham League Division 2 race, the club were led home by newly signed debutant, Rob Green, who stormed home for a brilliant fifth place finish in a time of just 33:05. Rob was followed by Dan Bazzard who ran strongly for a 23rd place in a time of 34:29 and Will Ferguson, recovering from a slight niggle, in a still-solid 25th place, in a time of 34:49. The next three athletes to score for the team all finished ten places apart from one another – with Tom Kabala 84th in 38:21, Will Pearce 94th in 38:50 and another club newcomer, Rob Barnett, 104th in 39:27. Hot on their heels were the three other CLC Strider men competing on the day – Jon Howes 108th in 39:41, Paul Lockyer 114th in 40:07 and Javid Norat 115th in 40:15. CLC Striders men were placed 11th over all. 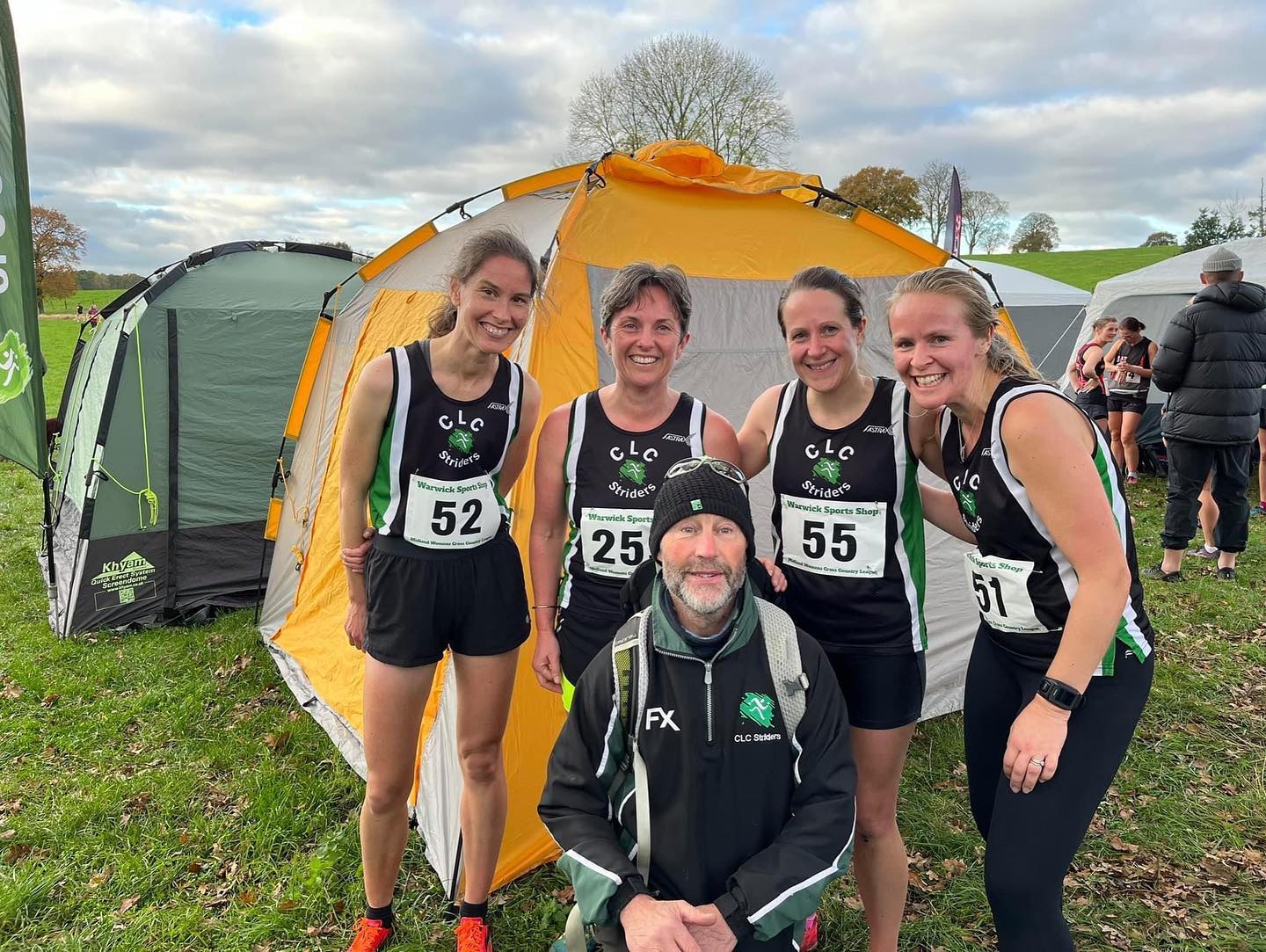