CLC striders men put in an excellent performance in the final Birmingham cross country league fixture of the season held at Gloucester.

The men’s A team finished seventh overall in the league, and were fifth team on the day in this very strong Division Two competition.

Other notable performances came from Paul lockyer who led the B team home in 123rd, Joel Freeland followed in 158th, veteran David James finished 164th, and final B team member was Bradley Coates in 181st place.

Meanwhile CLC ladies competed in Wolverhampton in the Midland Women’s Cross Country League where they finished 10th team in the league and unfortunateley were relegated to Division Two for next season. 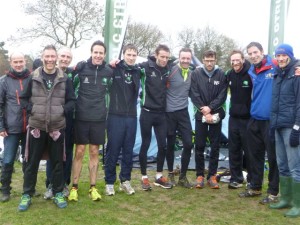