On a bright and cold February morning the annual Bourton 10k once again drew a strong field of athletes to compete over the iconic distance on the country roads in and around the picture-perfect Cotswold village of Bourton on the Water. And for the second time in recent years, CLC Strider speed merchant Will Ferguson emerged as the victor – this time in 32:17.8, his fastest time over the Bourton course. 2018 has seen Ferguson run a PB 10k in Telford of just outside 32 minutes, win his own club’s Staverton 10-mile race and now bag top honours in Bourton. With his family and baby daughter all watching on, flying Ferguson did the club proud once again. 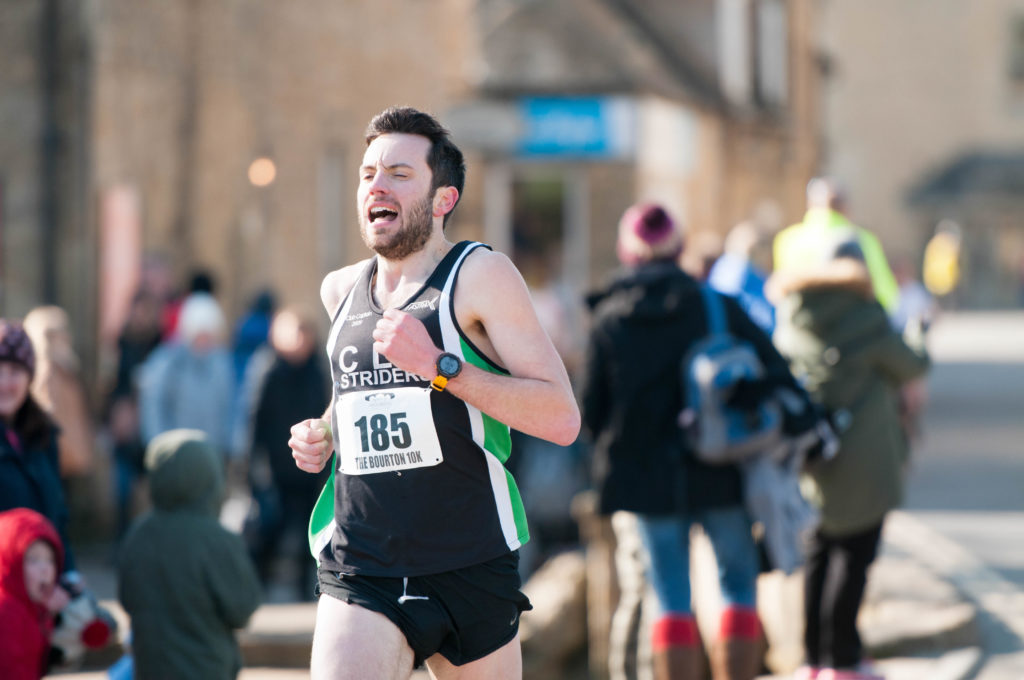 Will Ferguson, striding to victory.

Next home for CLC on the day was Jon Howes in a superb sub 37-minute PB time of 36:52.6 as 4th in his V40 category. Deep into his London marathon training, Howes showed just what great form he’s in. Will Pearce came home in 38:14.4, only one week after running a very fast time in the Wokingham Half Marathon. Another PB was achieved by the fast-improving Clark Lawson who finished well under his 40-minute target in a really strong 39:07.3. Veteran Andy Brookes also broke the magical 40-minute barrier, perfectly paced again by club stalwart Chris Hale, to a time of 39:49.7 and finishing 9th in the V50 category.