The Striders’ JJ Willson visited family in Brussels and also stormed round the 20k after not even realizing there was a race on 48 hours before. 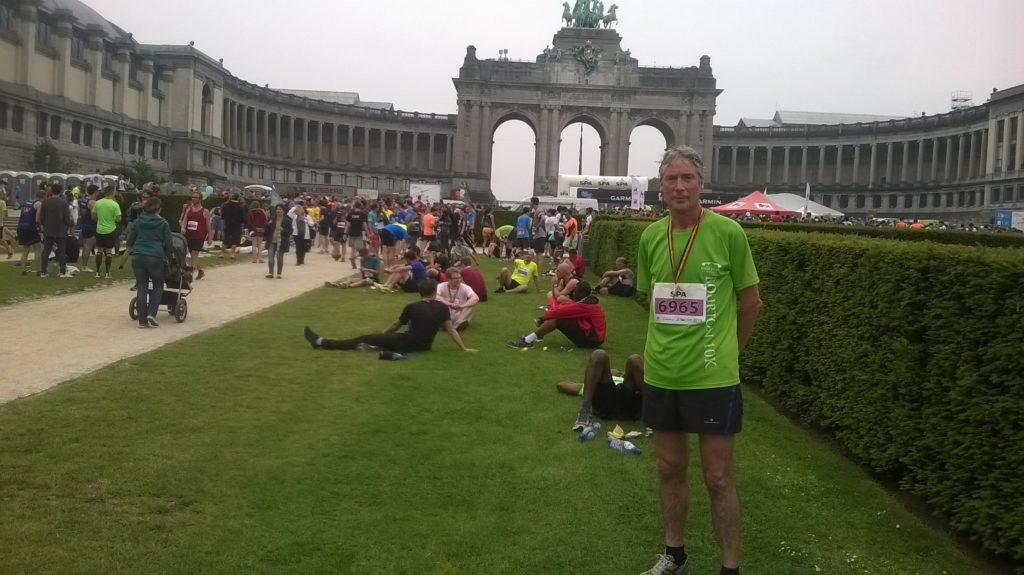 On visiting family in Brussels, I had the unexpected opportunity to enter the Brussels 20k event, which has been held since 1980 - unexpected since I didn’t know it was on until I arrived in Brussels on the Friday, which meant I was somewhat underprepared for racing on the Sunday (29th May) morning.

However, it was a great event with Brussels showing itself at its best in defiance of the terrorist attacks at Zaventem airport on 22nd March. The event was centred around the Cinquantenaire, the magnificent triumphal arch built to celebrate the 50th anniversary of the Belgian State, so it was quite appropriate that the first wave of runners was started by Charles Michel, the current Prime Minister of Belgium. The second wave was started by Donald Tusk, the President of the Council of Europe as a mark of EU solidarity with the Belgian people, with Eddy Merckx looking on.

There were around 40,000 participants, loads of support on the streets, and iconic buildings en route - Berlaymont, Royal Palace, Palais de Justice. As Wikipedia describes it, “The course is quite challenging, particularly due to the gentle, long overall climb and several tunnels between kilometre three and seven, as well as the long and steep climb on Avenue de Tervueren towards the end of the race”.

The weather was a bit too warm and humid for me but I was 3,030th in a time if 1:32:49. Overall, a really good experience and a very well-organised and supported event.