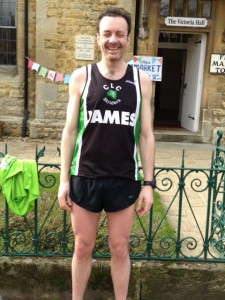 Congratulations to James Oram who has been awarded the ‘Strider of the Month’ for February 2016.

During the month, James also ran a huge PB of 34:09 at Bourton-on-the-Water 10k, going nearly 30 seconds faster than the previous year.

Well done from everyone at the club.